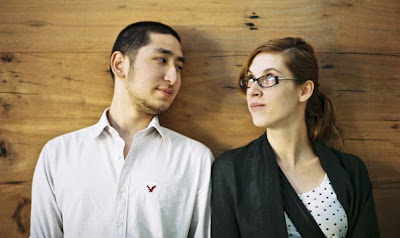 (Shorter version originally published as an addendum to an article in Rogue Magazine, extended final version which appears below published in Philippines Free Press week of December 13, 2008).

I wish that the Film Development Council of the Philippines would understand the value of the money they’re given and consider going to Paris and spending P5 million of their P25 million allotment for a showcase given by a young festival an investment, and not just a vacation.

They support filmmakers with finished films to go abroad to festivals for the pride they bring their country—I wish instead they would support their films locally, and help them get seen by a larger Filipino audience.

I cry for the loss of Manuel Conde’s Juan Tamad films.

I cry for a country that can’t convince that one Filipino-American who owns the only known print of Conde’s Genghis Khan in its original language to return (i.e. sell) the film back to his mother country.

I cry for the generations of Filipinos, myself included, that can no longer see Gerry De Leon’s Daigdig ng Mga Api, and instead have scans of movie ads to admire on the internet (with sincere thanks to Simon Santos and James De la Rosa).

I mourn a heritage that has allowed through neglect the prints of Mario O’Hara’s Tatlong Taong Walang Diyos and Peque Gallaga’s Oro, Plata, Mata to turn flush sepia.

I cry for a Union Bank and University of the Philippines that conspire in apathy to let the master negatives of treasures produced by Bancom Audiovision rot in rooms only air-conditioned half the day and in cans untouched for years and years.

I pray for a city government or even enterprising and concerned theater owners to consider setting aside 50 centavos or a peso of a ticket for the preservation of our national audiovisual heritage. There have been flood taxes siphoned from movie tickets for crying out loud—this should be easy!

I wish Cinemalaya, which, thanks to the media and the government’s press mileage behind it, has a great festive excitement, would actually put their efforts in the service of Philippine cinema, and not their own self-involved attempt to start a micro-industry.

I wish filmmakers would stop listening to Robbie Tan.

I wish Cinema One, which takes more risks, gives more money and often produces better films than Cinemalaya, would actually give filmmakers some rights to their work and stop swindling them.

I wish Cinemanila, which has introduced to the country more great films than any other institution, doesn’t stop showing them on 35mm.

I wish Cinemanila would publish their full schedule in advance: it’s difficult to plot what films to watch when you don’t know which ones will show again.

I wish the Goethe- initiated Silent Film Festival, with live scores by Filipino musicians, would continue annually, and that one year they get to show a Chaplin, a Griffith, a Dreyer, and maybe a Vertov or Medvedkin.

I wish Lav Diaz would have larger budgets to maneuver and shoot with. And would work with the ace production designer Cesar Hernando once again.

I wish more people saw Lav Diaz’s films rather than just respecting his stance, and using him as a symbol.

I wish Raymond Red would get to make Makapili and/or return to making fantastic shorts in the experimental mode.

I wish Raymond Red would still get to shoot on celluloid.

I wish John Torres would sacrifice the image quality of his HDV camera for the special intimacy and spontaneity he is able to achieve with his 1ccd camera. Or get a smaller HDV camera.

I wish Mike De Leon would make another movie… please.

I wish Roxlee would get enough money to buy the time necessary to make an animated feature.

I wish everyone would buy a copy of Nicanor Tiongson and Cesar Hernando’s richly illustrated The Cinema of Manuel Conde.

I wish there were more books on Philippine cinema.

I wish a book series was started that published classic screenplays.

I hope Noel Vera gets to write his book on Mario O’Hara.

I wish a close study of the entire oeuvre of Ishmael Bernal were made.

I wish older commentators would understand: Lino Brocka is dead.

I wish younger filmmakers would understand: Lino Brocka compromised when he had to because he had to, and perhaps even, at times, too much. You are living in a different time. The excuse that Brocka made more than 60 films therefore you can afford your own mediocre ones does not hold water.

I wish we had less tourist cinema.

I wish we had less formula cinema—“real-time” anyone?

I wish Cinefilipino had put out Maalaala Mo Kaya with the reels in the proper order.

I wish Cinefilipino would have put our their Brocka titles with just a little bit of care and affection, providing some writing on the film or special features to contextualize them rather than just throw them out their bare to earn.

I wish Nestor Torre would open his eyes…

I wish the Manunuri books on Philippine cinema in the’70s and’80s would go back in print.

I wish the Manunuri actually cared about Philippine cinema today.

I wish more of the Manunuri actually reviewed films instead of just giving out awards.

I wish the Young Critics Circle were actually young.

I wish the Young Critics Circle were actually critics.

I wish Francis ‘Oggs’ Cruz, Richard Bolisay, and Dodo Dayao would get space in the broadsheets, because they’re far more interesting than anyone writing there regularly.

I wish we didn’t have a cinema of the press (more on this soon).

I wish Noel Vera would move back.

I wish Hammy Sotto’s manuscripts would get published.

I wish we had a fully supported Film Museum.

I wish we had a Cinematheque.

I wish the UP Film Center had better seats, and more important, showed better films.

I wish more non-filmmakers from the Philippines would get to travel to festivals.

I wish film were taught in high schools.

I wish we had more film lovers and less bureaucrats in important positions in the field of cinema.

I wish Teddy Co would get the recognition that he deserves for his selfless work.

I wish Teddy Co would write more as his ideas deserve to be recorded.

I wish co-ops would co-operate.

I wish the Max Santiago feature would get made, and that shorts would finally come to my hands on DVD (Hi Marla!).

I hope Tad Ermitano never stops writing and playing in his cave.

I wish Lourd De Veyra would continue writing on actors and cinema.

I wish Albert Banzon would get more credit.

I wish we had more regional feature films, and more support for regional filmmakers.

I wish everyone would watch When Timawa Meets Delgado.

I wish someone would lower MTRCB rates for screening fees, especially for festivals.

I wish someone, anyone, would make a good, thought-provoking film about the Philippine upper class.

I wish Ketchup Eusebio would get more leading roles.

I wish Elijah Castillo would appear in a lot more films. Soon.

I wish Cesar Hernando would get to make a video transfer of his experimental short Botika, Bituka.

I wish filmmakers had some integrity and told Viva to screw themselves when offered another exploitation film.

I wish more people could see the film Bontoc Eulogy by Marlon Fuentes.

I wish Vic Del Rosario wasn’t presidential adviser on Entertainment, given the shlock they produce, and yes, that includes the films that starred First-Son Mikey Arroyo.

I wish there was a film library that people could go to in order to read books on cinema.

I wish the MMFF were not in the hands of the same people who install public urinals (admittedly useful).

I wish the MMDA didn’t call those circles and boxes Art.

I wish that MMDA Art wasn’t so much better than every MMFF film.

I wish a certain festival in December didn’t consider box office as a criteria for its main prize (which comes with rewards). We don’t give cultural awards to Wowowee, do we? Well, not yet…

I wish I could see how “commercial viability” was computed.

I wish Mother Lily didn’t have a monopoly on the Metro Manila Film Festival.

I wish Mother Lily took better care, or rather took care at all, of the good films she unwittingly produced in the past.

I wish Mother Lily would get to see Raya’s Long Live Philippine Cinema! …or maybe not.

I wish the Hammy Sotto-led Philippine Cinema in the ’90s book, with excellent interviews and a complete filmography of the decade, and which has been completed for several years, would finally get printed.

I wish all the old Mowelfund shorts—including the works of Regiben Romana, the Alcazaren Brothers, Louie Quirino and Donna Sales, Raymond Red and Noel Lim—would come out on DVD.

I wish a book would be written about all the Mowelfund shorts.

I wish a book on Philippine poster art would be released.

I always look forward to the rest of Nick Deocampo’s projected four-to-five volume history on Philippine cinema—at least someone is writing it.

I wish there were a pure film studies course available in the Philippines.

I wish that venues that are censorship (and therefore MTRCB fee) exempt would understand the vital role they play and take more responsibility.

I wish we had a regular film journal. Why don’t we? We have enough critics groups and awarding bodies.

I wish more film teachers were approaching cinema from cinema.

I wish R.A. Rivera would get to make his first feature soon.

I wish Quark Henares refrains from selling out again, because if he doesn’t, he has the potential to be one of the important ones.

I wish more people would get to see In Da Red Korner. It deserves to be reconsidered.

I wish Rogue Magazine would cut down their featuring of foreign films in the gallery section when there is so much to write about locally that doesn’t get covered in other media beyond sloppy journalism.

I wish the government would sponsor DVD releases of the surviving films of Lamberto Avellana, Gerardo De Leon and all other classics that still exist.

I wish FPJ Productions would again screen the footage of Gerry De Leon’s unfinished Juan de la Cruz (the icon, by the way, that was invented by this magazine).

I wish more filmmakers admitted when they did.

I wish we focused our attention more on audience education, development and literacy, than on dumbing down films to pander to them.

I wish Philippine cinema all the success in the world. . .
Posted by Pirates of Carriedo at 11:06 PM