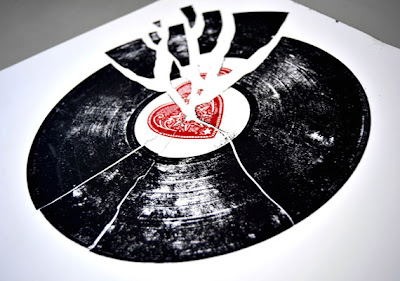 Published on June 26, 2012 in Read
http://www.etsy.com/blog/en/2012/that-npr-post-everyones-talking-about/?ref=fp_blog_title

If you checked into almost any social media outlet last week, you might’ve caught the hubbub: Emily White, a new intern for NPR’s All Songs Considered, published a blog post confessing that she’d only bought 15 CDs in her lifetime, yet has more than 11,000 songs in her personal iTunes library. The article reveals a young music lover, struggling to understand the broken system of music distribution. “As I’ve grown up, I’ve come to realize the gravity of what file-sharing means to the musicians I love. I can’t support them with concert tickets and T-shirts alone. But I honestly don’t think my peers and I will ever pay for albums,” she wrote. Neither White or NPR probably had any inkling of the backlash her article would provoke, aggravating old wounds that were deeper than anyone thought.
In the most thorough response to Emily White’s blog post, David Lowery, a 51-year-old college professor who founded the bands Camper Van Beethoven and Cracker, schools White on the unfair economics of the music business. Lowery’s response is worth reading; with a lifetime of experience in the business, he makes many excellent points. One comment, directed at White’s millennial brethren, stands out:

While others have been quick to point out that the millennials aren’t the only generation to engage in music theft, Lowery drives the point home in a way that had never crossed my mind: many are willing to pay $5 for a latte they’ll consume once, but not $9.99 for an album that lasts a lifetime.
In a way, I feel bad for Emily. She unknowingly put herself at the center of a greater debate surrounding artistic rights and technological evolution. Her short, honest blog post got everyone slinging arrows and pointing fingers, when what we really should be asking is, how do we recreate the music industry as a system that rewards artists in a world of file sharing?
The bottom line is that if you are an artist whose work can be digitally reproduced, times are tough. Music streaming services like Spotify and Pandora are attempting to grow subscriber bases that will result in bigger and better royalty payments to record companies and their artists. Crowdfunding sites like Kickstarter provide musicians the chance to produce and distribute their work without a large record label acting as the middleman. Still, no one has found the magic formula.
The most immediate, positive outcome of this conversation is that it begs us to reflect on our own consumer habits. I, too, grew up on the digital divide, witnessing the waning days of cassette tapes, the era of CDs, and the rise of file sharing programs like Napster and LimeWire, but I left music piracy behind when I began meeting and making friends with hardworking musicians. Perhaps the key lies in that personal connection. If you feel like you know the musician behind the sounds pouring from your headphones, it changes your idea of what music is worth.


Chappell Ellison is a designer, writer and design writer. She currently lives in Brooklyn, New York where she serves as a contributor for The Etsy Blog and design columnist for GOOD.
Posted by Pirates of Carriedo at 10:34 PM